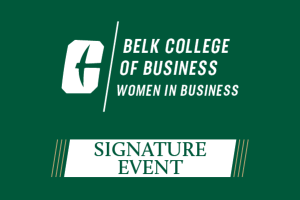 Our Signature Event is a half-day conference in which students participate in a keynote speaker and lunch, breakout sessions, and structured networking. Three scholarships will be awarded to students at the event. By applying for this event, you are committing to in-person attendance on October 28, 2022. Space is limited for this in-person event, so apply early. Two $500 scholarships and one $2,000 Boylan-Ott Scholarship will be awarded to students who apply for and attend this event! 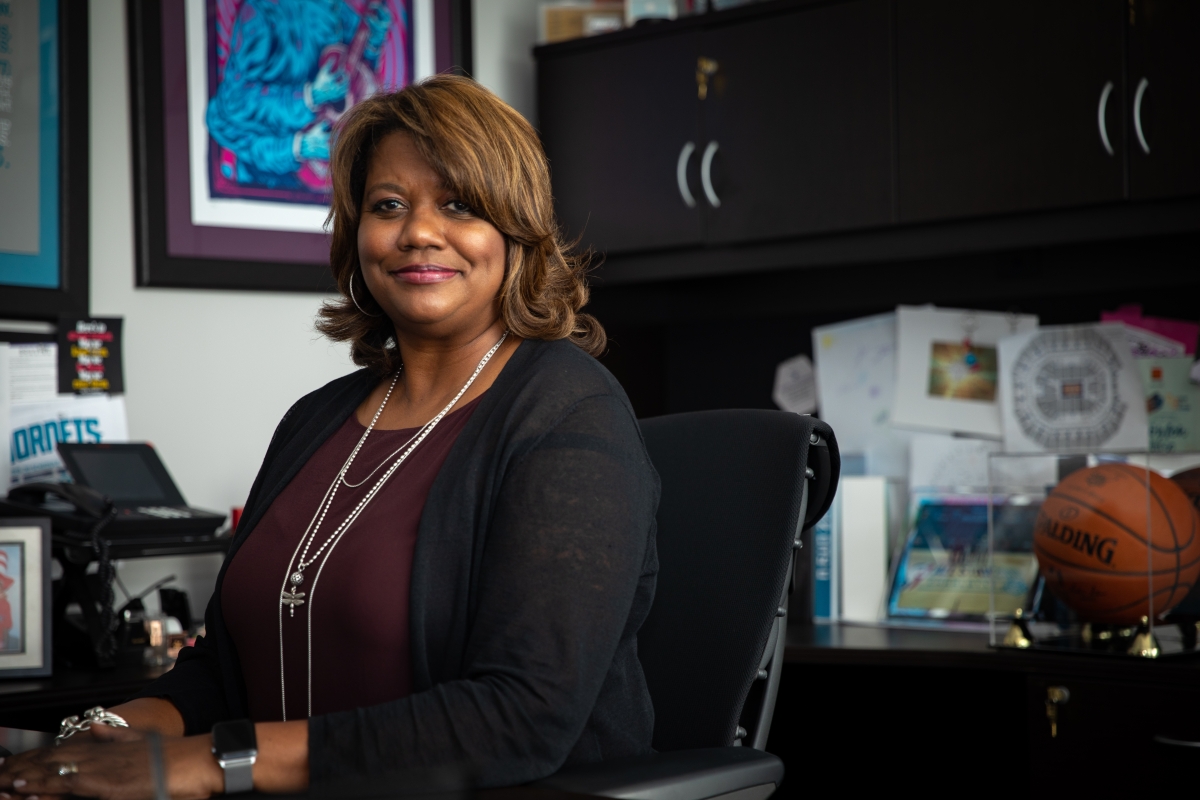 Donna Julian is the Executive Vice President & Spectrum Center General Manager with Hornets Sports and Entertainment. She is an award-winning, highly respected entertainment executive with an impressive track record of success. Ms. Julian directs all aspects of major venue operations and administration; including event booking, public safety, arena marketing, and guest experience. She is recognized for her outstanding leadership in directing and overseeing the preparation, production, and execution of all arena events from performances by prominent entertainers and high-profile political conventions to major league sports and athletic competitions.

Ms. Julian, who joined Hornets Sports & Entertainment on February 1, 2005, has directed the management of Spectrum Center since its inception, hosting over 150 sporting events, concerts, and family entertainment shows annually. With the onset of Covid-19, Ms. Julian served as the lead of the Governor’s COVID-19 Large Gatherings Task Force Subgroup, participated in the WELL Advisory on Sports and Entertainment Venues, and is part of the Executive Committee of the North Carolina Live Coalition.

Ms. Julian was recently honored as one of Sports Business Journal’s 2020 Game Changers, which recognizes women in the sports business who contribute to the success of the industry in multiple ways. In 2020, Ms. Julian was honored to assume the role of Board Chair for Big Brothers Big Sisters of Central Carolinas. With the commitment, she has become a Big Sister. She is also a Foundation Board Member for the National Junior College Athletic Association (NJCAA), an Executive Committee Member of the N.C. Sports Leadership Council, and a member of the Women Executives of Charlotte.

Prior to coming to Charlotte, Ms. Julian spent 15 years as General Manager of 1st Mariner Arena in Baltimore. She was elevated to General Manager after serving in a number of roles in sales, marketing, and event administration for Centre Management, the operating company for the Capital Centre (later USAir Arena), home of the Washington Bullets and Washington Capitals. Ms. Julian received her bachelor’s degree in athletics administration from Ohio University, was a four-year letter winner, and co-captain of the tennis team as a senior, as well as a member of Delta Sigma Theta Sorority. She and her husband, David, live in Matthews, North Carolina, with their two sons, Griffin and Donovan.

Breakout Session: Investing in Your Professional Self

About the Speakers: Dorlisa Flur is a Corporate Director and Strategic Advisor to multiple large national and international corporations. Dr. Patrick Madsen is the Associate Dean of Advising and Experiential Learning at UNC Charlotte.

Breakout Session: The Importance of Personal Branding for Women

About the Breakout Session: The pandemic had a disproportionately negative impact on women in the workplace, and as the participation rates of women in the workplace improve post-pandemic, personal branding is an effective tool to tell and sell a career strategy. In this session, participants will gain insight into how you can leverage your personal brand to accelerate your career path. The components of personal branding will be discussed as well as strategies for actively creating and growing your brand.

About the Speakers: Criseida Rico is a Partner Marketing Manager at Appian and Founder of WhatSheTechs. Camelia Taheri Protzel is the International Business Program Chair at Central Piedmont Community College and a doctoral scholar. Carisa Findley is the President of Freecoat Nails and a best-selling author and keynote speaker.

About the Speakers: Dr. LaShana Wiggs is the President of Savvi Consulting and an Adjunct Professor in the Belk College of Business in Management. Terri White is the President and CEO of the Charlotte Museum of History and a doctoral scholar.

The $2000 award will be presented to an undergraduate business student who is an active participant in and proponent of the Women in Business Initiative. The scholarship will be awarded on financial need as well as to an applicant who displays commitment through involvement in Women in Business retreats, coffee hours, signature events, and other related activities.

Applications are open until midnight on Tuesday, October 18, 2022

As a part of the application, students will be asked to complete an essay prompt. The essay prompt is: Identify a woman in a leadership role who inspires you. Why did you choose her? What is one specific thing you learned from her that you will use as a leader?

Please keep your response between 225-275 words and upload a Word document or PDF.